While enjoying the open space and parks, you may encounter many different types of wildlife.

Bear, coyote and mountain lion attacks on humans are rare. Unexpected encounters with wildlife can be prevented by talking or making noise to warn bears, coyotes and mountain lions of your presence. Keeping your dogs leashed and controlled helps to prevent conflicts between pets and wildlife.

Remember to stay alert and aware of your surroundings. Viewing wildlife can be exciting and requires caution.

For general information or to schedule educational presentations, contact Natural Resource Specialist Barbara Spagnuolo by calling 720-733-2294 or by email. 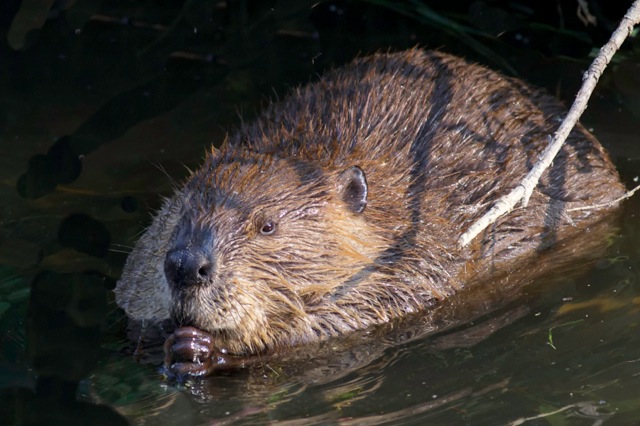 The American Beaver (Castor canadensis) is the largest living rodent in North America. Once among the most widely distributed mammals in North America, beavers were trapped virtually to extinction in the 1800s to meet demand for beaver pelts. A subsequent decline in demand, coupled with proper wildlife management, allowed beavers to become reestablished in much of their former range, and they are now common in many areas, including urban settings.

Beavers are semi-aquatic and prefer to remain in the safety of the water as much as possible. They are fairly common in Colorado, including in urban areas. In Castle Rock, beavers are active along East Plum Creek and Sellars Gulch. However, you might not catch a glimpse of these animals as you walk along the creeks during the day, since beavers are active mostly at night.

Cutting down trees and the benefits

Beavers use the trees they cut down for food, and they use the left-over branches for building materials for their dams and lodges.

Beavers are well-known for their tree felling and dam building, which creates deep water ponds for protection from predators, for access to their food supply and to provide underwater entrances to their lodges or bank dens.

Although the felling of these trees may appear destructive, such culling can result in more, bushier growth next spring. For example, each willow stump may re-sprout three to four new stems, while poplars tend to regrow from their roots. The wetlands and large ponds created by beaver dams can have great benefits such as water cleansing, erosion abatement, flood control and more biodiversity for other wildlife. 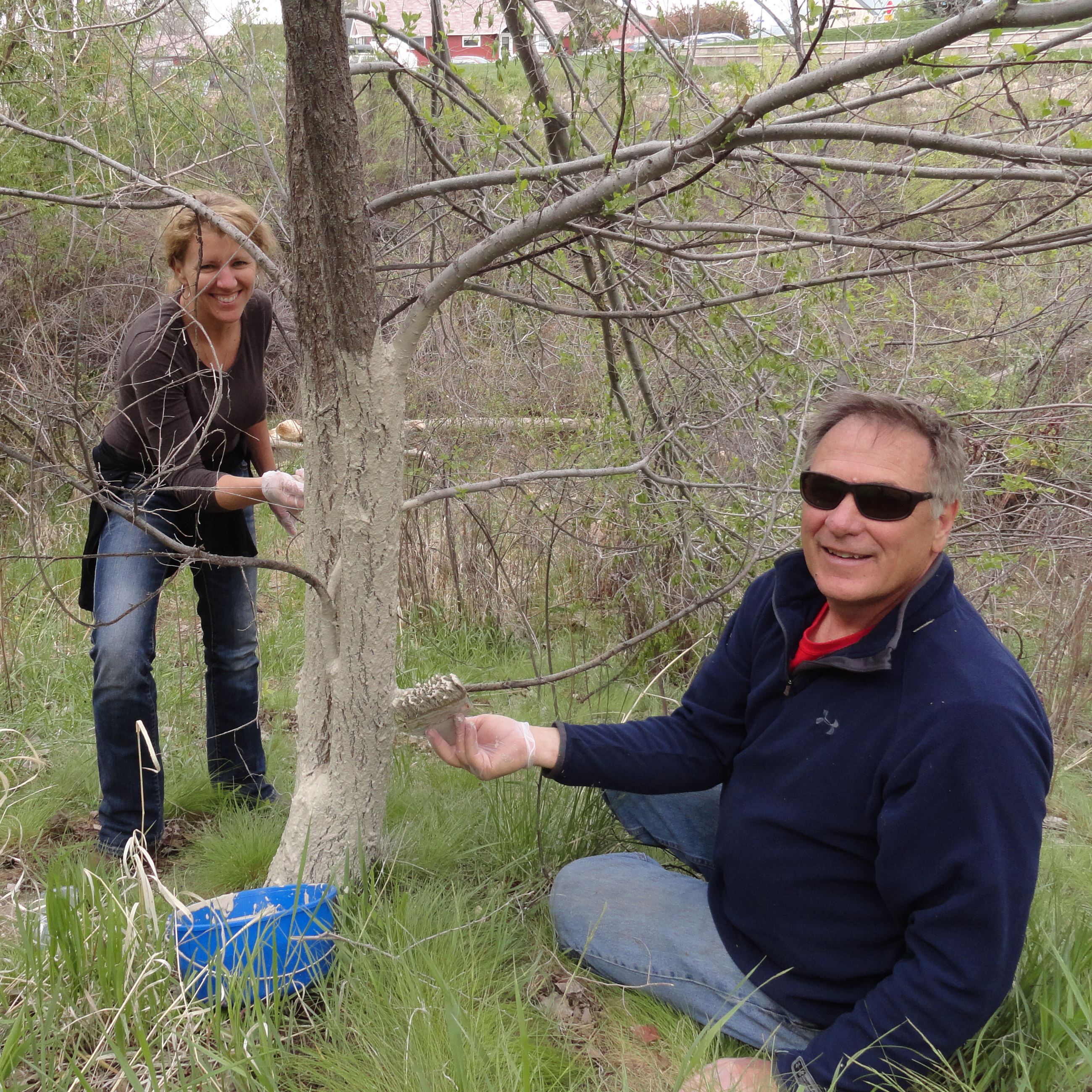 When concerned about the loss of native trees such as cottonwoods and willows along creeks, certain individual trees can be protected from beavers' chewing and girdling activity. An easy and more effective alternative to caging and wrapping trees is to coat tree trunks with a sand and paint mixture that may prevent gnawing, as beavers may dislike the gritty feel of the sand in their mouths.

This is a great work project for scouts or other volunteer groups that requires little oversight after target trees have been identified for protection. In the last few years, the Town has painted almost 200 native trees. If your group or troop is interested in helping paint trees in Castle Rock, please call the POST Partners Volunteer Coordinator Marcy Jones at 303-814-7456. 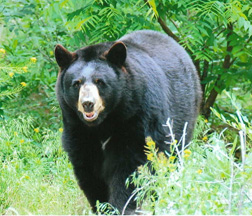 Black bears can swim, climb trees and run very fast. They can be seen in our area at any time, day or night, often searching for food such as berries, nuts, insects and carrion. Do not feed, approach or get between a bear and its food or its cubs. Most black bear and human encounters involve food. Black bears usually are shy of humans, but some may be naturally curious.

Bears that enter neighborhoods are typically on the hunt for food. Dry summer weather can be difficult for bears, and many of them turn to Town streets to find food. This instinct only becomes stronger as bears start to prepare for hibernation in late September and early October. (They usually begin hibernation around mid-November.)

Once a bear finds food at these locations, it becomes programmed to continue looking for food there and in similar places. In addition, a mother bear who finds food in trash cans may teach her cubs to do the same.

Here are a few tips on keeping bears and your home safe:

In the past few years, the Town has seen an increase in bear sightings. If you encounter a black bear: 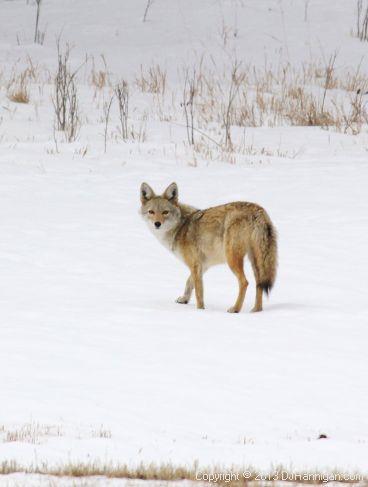 Coyotes are curious, clever and adaptable. They quickly learn to take advantage of any newly discovered food source and are often attracted to yards with abundant fruit and wildlife to eat. They will eat pet food and knock over unsecured garbage cans, or may walk along the tops of walls and fences around homes in search of unattended dogs and cats.

Around humans, coyotes are usually skittish; they typically try to avoid people whenever possible. Attacks on humans are extremely rare. Still, Castle Rock is home to these animals, and it is important to know what to do if you encounter a coyote. Learn more about coyotes.

If you encounter a coyote:

Call 911 if a coyote (or any other wild animal) is presenting an immediate threat. Call Colorado Parks and Wildlife, 303-291-7227, if severe property damage has occurred or if a live coyote is trapped in your yard, garage or outbuilding. 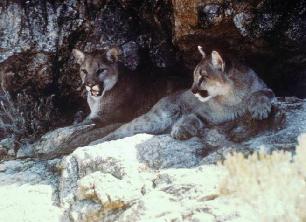 Mountain lions are primarily solitary and most commonly found in foothills and canyon country. They are most active from dusk to dawn but will travel and hunt in daylight. They require sufficient cover in areas with a lack of human activity and are known to travel long distances in search of food. Their main prey are deer, which they hunt by stalking. They also hunt elk and porcupines, as well as a variety of domestic animals, including pets. Lions will cover their kills with dirt and leaves and return every few days to feed on them.

If you encounter a mountain lion:

Residents of Castle Rock and Douglas County should call the Colorado Parks and Wildlife Northeast Region Service Center, 303-291-7227, if they see a mountain lion between 8 a.m. and 5 p.m. Monday through Friday. Call your local Sheriff's Office or Police Department outside those hours.

For more information, view Living with Wildlife in Lion Country.

These rare mice have extremely long tails and large hind feet and legs. They also:

The Preble’s Meadow Jumping Mouse is protected under the Endangered Species Act:

Most Colorado snakes are nonvenomous (nonpoisonous), harmless and beneficial to people because of their appetites for insects and rodents and other pests. In turn, snakes (and their eggs) are eaten by many other species, including skunks and hawks. 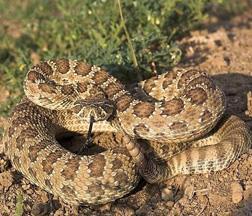 These snakes are venomous (poisonous) and found in grassland areas, most often sunning themselves on rocky outcrops. They prey mainly on rodents but also feed on bird eggs and lizards. These snakes rattle their tails as a warning if you approach too close but may bite as a last resort. Venomous snakes can be observed from a safe distance, as they are generally non-aggressive toward people unless startled, cornered or stepped on.

If you encounter a rattlesnake: 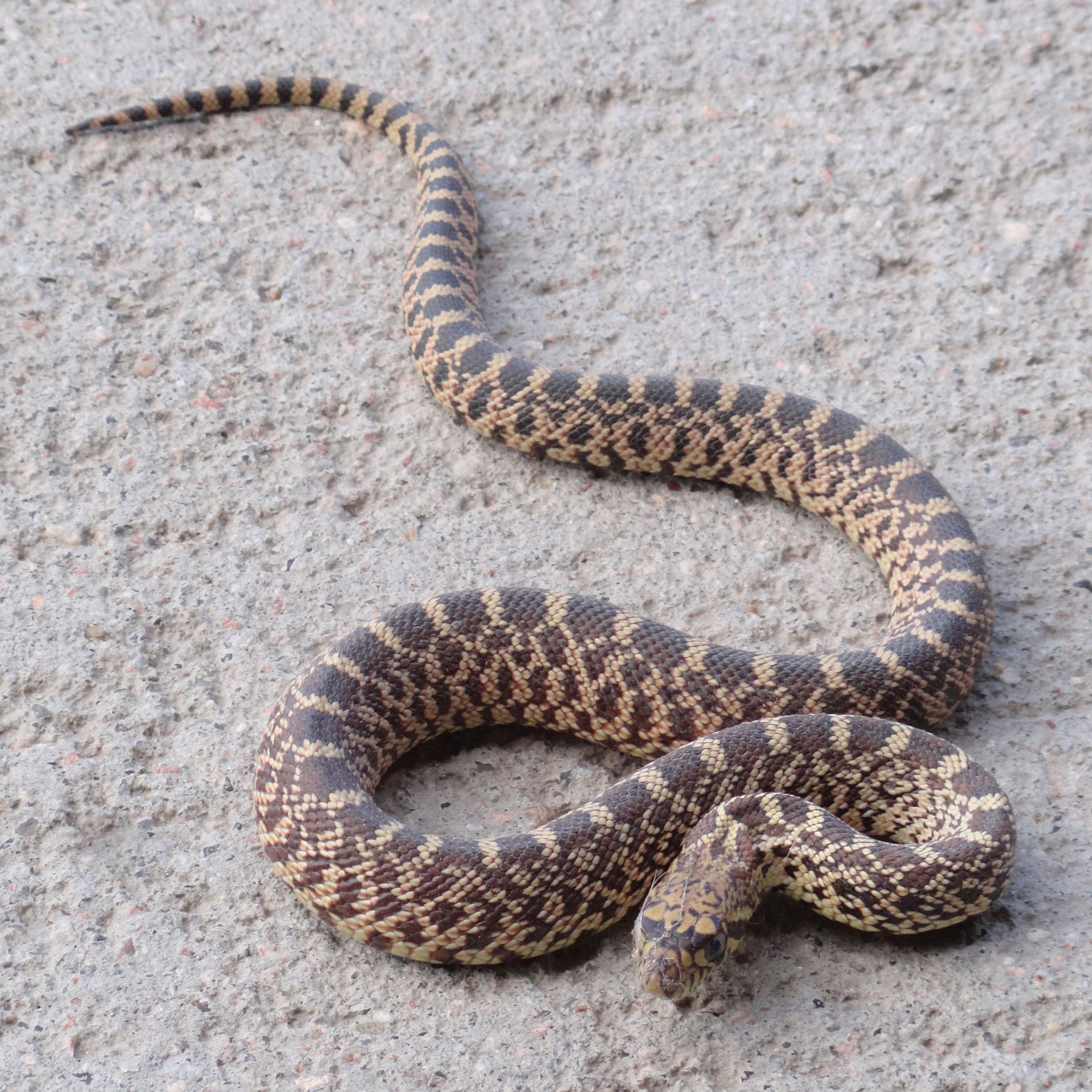 This nonvenomous snake is of the most common, and largest, of snakes seen in Colorado, but often mistakenly confused for rattlesnakes. When threatened, this snake can hiss and mimic rattlesnakes by vibrating its pointed tail to sound like a rattling tail. Bullsnakes can be identified by the oval-shaped head, round pupils and yellowish or cream coloring with dark blotches. Bullsnakes are very beneficial because of their appetite for rodents, as well as birds and bird eggs, which they kill by suffocation or constriction. They are found in a variety of habitats, including riparian areas and woodlands areas.