Commander Gorman is a proud graduate of the FBI National Academy in 2007 and has been a law enforcement officer with Town of Castle Rock since 1983. His diverse experience includes being promoted through the ranks to sergeant where he oversaw the Patrol and Investigations Divisions.


Promoted to lieutenant in 2003, he managed the Support Services Division. In 2012, he was promoted to commander where he now works with the team of four commanders under the vision and direction of the Chief of Police. 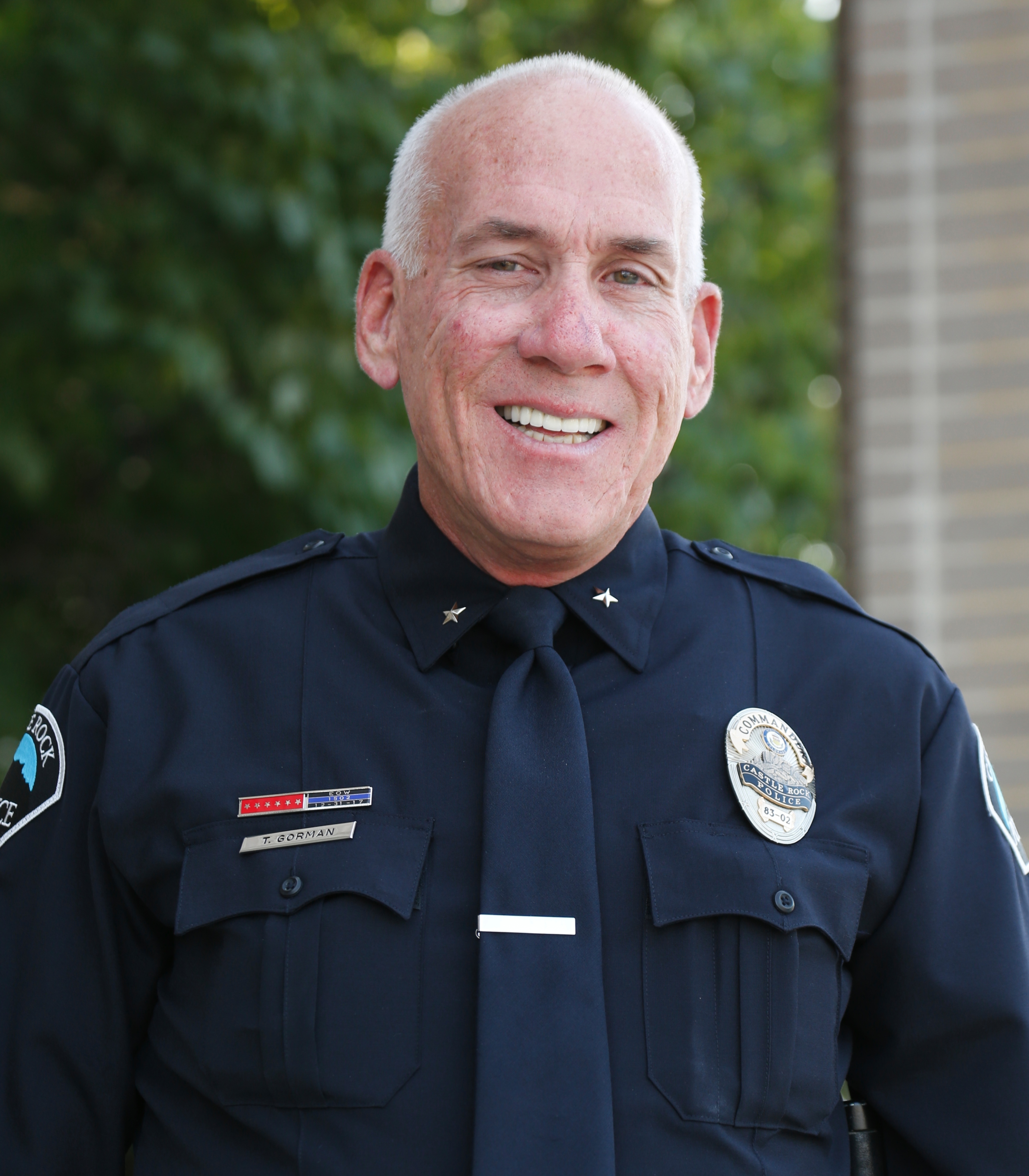